This is only for the purchase of a code to unlock the digital copy of the film Bridge of Spies (HD Google Play).

There are no Blu-ray or DVD discs included with this purchase.

Each code is only redeemable ONE time. Please only redeem the item ONCE or further charges will be incurred.

Movie Plot:
During the Cold War an American lawyer is recruited to defend an arrested Soviet spy in court and then help the CIA facilitate an exchange of the spy for the Soviet captured American U2 spy plane pilot Francis Gary Powers.
www.IMDB.com

Only 1 left in stock 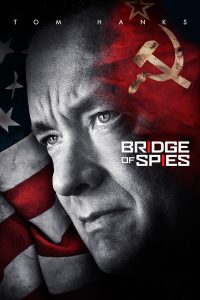